A frost Mage that can slow the entire enemy team.

Once the apprentice of the Archmage Antonidas, Jaina Proudmoore led the survivors of Lordaeron to Kalimdor and founded the city of Theramore. Now, she serves the Alliance as a powerful voice fighting for reason and diplomacy.

Shoot a bolt that deals damage and Chills the target

Creates a storm of ice at target location, damaging and slowing enemies

Bombard an area with 3 waves of ice, dealing 142 (+4% per level) damage each. Damaged enemies are Chilled.

Deal damage in a cone and Chill targets

Create a ring that damages and Roots enemies

After a 1.5 second delay, create a Ring of Frost in an area that deals 310 (+4% per level) damage and Roots enemies for 3 seconds. The ring persists for 3 seconds afterward, Chilling any enemies who touch it.

Jaina's Abilities Chill targets, slowing them and causing them to take more damage

Jaina's Abilities Chill targets, Slowing them by 25% and amplifying damage taken from her Abilities by 50%. Lasts 4 seconds.

Wills the Water Elemental to attack an enemy or move to an area.

Activate to place Jaina in Stasis and gain Invulnerability for 2.5 seconds. When this effect expires, nearby enemies are Chilled.

Winter's Reach
Increase the range of Frostbolt by 30%.

Lingering Chill
Increase the duration of Chill from 4 seconds to 6 seconds.

Fingers of Frost
❗Quest: Gather Regeneration Globes to increase Jaina's Mana regeneration by 0.1 per second, up to 2 per second.

❗Reward: After gathering 20 Globes, the damage bonus from Frostbite is increased by 10%.

Ice Lance
Hitting a Chilled target with Frostbolt reduces its cooldown by 1.5 seconds and restores 10 Mana.

Ice Floes
Increase the width of Cone of Cold by 100% and cause each Hero hit to reduce its cooldown by 2 seconds, doubled against chilled Heroes, up to a maximum of 8 seconds per use.

After a 1.5 second delay, create a Ring of Frost in an area that deals 310 (+4% per level) damage and Roots enemies for 3 seconds. The ring persists for 3 seconds afterward, Chilling any enemies who touch it.

Storm Front
Increase the cast range of Blizzard by 75% and its radius by 30%.

Northern Exposure
Enemies damaged by Cone of Cold have their Armor lowered by 25 for 2 seconds, increasing their damage taken by 25%.

Cold Snap
The center area of Ring of Frost deals 310 (+4% per level) damage and Roots enemies after the outer ring expires. Each enemy Hero hit reduces its cooldown by 15 seconds.

Activate to teleport a short distance and Chill all nearby enemies. 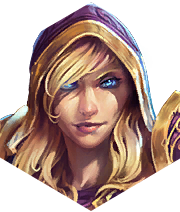